I’m proud to announce my first album of non-originals, called ‘Other People’s Songs’ – 16 songs that mean a lot to me and which I’ve played with this great band over many years.

Made famous by artists ranging from James Taylor, Carole KIng and Paul Simon, to Randy Crawford, Patsy Cline and Betty Carter, these are all singers who have influenced me, and I love singing their songs.

Thanks to all of you who have been in the audience at the many gigs we’ve done. I hope you enjoy the album!

Buy the full album as WAV or MP3

Note: WAV files are the best audio quality, MP3s are smaller files so quicker to download.

Buy the individual tracks as WAVs

Buy the individual tracks as MP3s 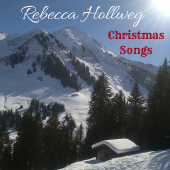 Here are 2 new recordings of classic Christmas songs for you, featuring the regular band, which will become a whole Christmas album as time goes on.

Buy the songs as WAV or MP3 files.

Click on the arrows to hear an extract of each song. 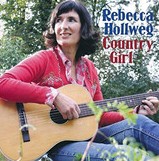 Released in February 2015, with 10 more melodic songs by Rebecca Hollweg.

Given 8/10 by UNCUT magazine, and described as ‘another delightful batch of tunes’, Mick Houghton (Sandy Denny biographer).

The album has had national airplay on BBC Radio 2 – ‘a singer who I love very much…a great, great album…a great listen from start to finish’, Jamie Cullum on BBC Radio 2, and as one of Janice Long’s personal playlist ‘Janiceloves’ – ‘I just love her talent,’ Janice Long on BBC Radio 2.

Buy the album as MP3s (or as WAV files below)

Click on the arrows to hear an extract of each song.

Buy the album as a WAV file

Buy tracks from the the album as WAV files

Released in March 2008, this is the second album from Rebecca Hollweg – ‘Orange Roses’ – 9 tracks of mellow, melodic songs with a country tinge.

Check out Orange Roses on Bandcamp.

‘Orange Roses’ is available from Emu Records at £10.80 including p&p.